Working together for student academic success by providing nutritious meals in a cost effective and pleasant environment.

District calendars are listed and approved two years in advance. For individual schools, only campuses with Google Calendars are featured here.

NISD's mission is to provide all NISD students who are eligible to ride the bus a safe, efficient, nurturing environment that supports the educational and extra-curricular objectives of the district.

Northside ISD continues to enforce its “No Shots, No School” policy. Texas law requires all public school children have current immunizations in order to attend class.

Mission Statement: We envision Rudder students to drive their own learning so they can be innovators, change makers and positive future global leaders to impact change in the world. 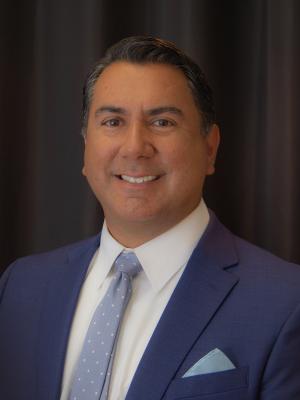 Paul Ramirez - Principal
Mr. Ramirez was born and raised in San Antonio and is the youngest of six children. He was the only one of his siblings to attend public schools. “My experience with public schools was transformational because the teachers and coaches took me under their wing, invested in me, and created a passion for education guiding me to the career that he has loved for the last 29 years." He is a proud father of four children who are all products of Northside schools.

After graduating from Thomas Jefferson High school he continued his education at Southwest Texas State University where he received his BA in History/Education. He began his teaching career at the middle school level but then had the opportunity to teach and coach back at his alma mater. After teaching in the classroom at Jefferson H.S for nineteen years, he received his Masters degree in Educational Administration.

He moved to NISD and opened Brennan High School in 2010 to start the AVID program. In 2013, he started his administration career as the Assistant Principal at Sul Ross Middle School. "My passion is in helping kids be successful, and I believe very strongly in the value of vertical alignment in education.” Having worked in both high school and middle school with students, he realized that middle school is a critical time for a student's future. It is the time when they must get on a trajectory to discover their path for high school and what comes next.

Mr. Ramirez comes to us from Anson Jones Middle School where he has served as Vice Principal since 2016. "As the new principal at Rudder, I'm incredibly excited to partner with the Rudder faculty and staff, the Rudder families, and the Rudder Community to ensure the achievement and the successful launch of our students into high school and beyond" 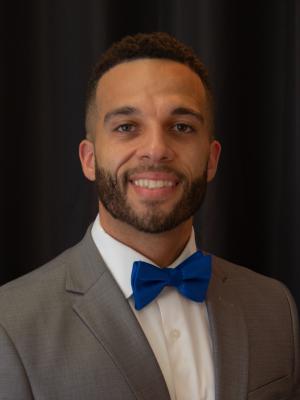 The Associate Principal also serves as the Campus Behavior Coordinator. They can be reached by email at kevin.vanlanham@nisd.net or by phone at 210-397-5015.

Kevin Vanlanham was born in Pirmasens, Germany. He moved to Texas with his family in middle school, and upon graduating High School, attended Texas A&M University in College Station, TX where he received a Bachelor's in Interdisciplinary Studies. In 2017, he received a Master's in Educational Administration from Texas A&M San Antonio. In his free time, Mr. Vanlanham enjoys watching movies, exercising, and spending quality time with his wife, Vanessa, and their daughter, Mila.

Mr. Vanlanham, commonly referred to as "Mr. V," began his career as an educator in 2013, at Jones Middle School. It was there that he developed a deep appreciation for serving his students, their families, and the community surrounding the campus. After five years of teaching Social Studies, he left the classroom to pursue a role as an administrator intern at Neff Middle School. After a year of serving that community, he joined Jordan Middle School in the fall of 2019 as an Assistant Principal. In the Summer of 2021, Mr. V became a Ranger as he was promoted to the role of Associate Principal at Rudder Middle School.

Mr. V's decision to become an educator was heavily influenced by the support and encouragement of his High School AVID teacher, Mrs. Crouch Lippe. He wanted to be able to give back to the next generation the way that she did, and he knew that becoming an educator was what he was meant to do.

Mr. V believes that all students deserve to feel respected, accepted, and loved when they are at school. He is dedicated to ensuring that everyone at Rudder is proud to be a Ranger.

My name is Adela Jean Morado and I am the Academic Dean at Rudder Middle School. This is my eleventh year at Rudder and I am a proud Ranger. I am a native of San Antonio and a graduate of the Edgewood Independent School District. I earned my Bachelor of Arts in Education with a specialization in History from Our Lady of the University and a Masters in Educational Leadership from UTSA. I am married to my high school sweetheart and have one child who is a product of NISD.

I taught in the San Antonio Independent School District for over twelve years. I was also an assistant coach for girls’ soccer and basketball. My last two years were spent as a Curriculum Instructional Coordinator, CIC.

I believe in doing what is best for kids. I strive to provide an equitable education for all students. A child’s failure is our failure to reach that child and provide him/her with the tools to be successful. I guide and support our Rudder educators in planning and implementing campus and district curriculum goals based on raising student achievement. I guide collegial dialogue and collaboration of proven strategies that increase student achievement.

I am currently attending UTSA to earn a master's in school counseling. I am excited to be a part of the Rudder Ranger team. The faculty, staff, and community is one that strives for educational excellence for all students.

Ms. Lozano’s teaching career began in 2008 at Fort Bend ISD as an Integrated Physics and Chemistry teacher and freshman boys soccer coach. In 2009 she moved to San Antonio where she taught science at Kazen Middle School, and then Biology at South San High School. In her time at South San ISD she coached the high school's girls soccer team along with Kazen Middle School volleyball and basketball teams. In 2012, she joined the teaching and coaching staff of John Marshall High School in Northside ISD. At Marshall High School, Ms. Lozano continued teaching Biology and coaching athletics. As the Head Cross Country Coach and Assistant Girls Soccer Coach, Ms. Lozano believed in instilling the value of hard work and leadership in students and athletes. While pursuing her master’s degree, Ms. Lozano went on to teach science at Rawlinson Middle School; there, she affirmed her passion for positively impacting and influencing middle school learners. In 2018, she accepted a campus leadership position as Assistant Principal of Rayburn Middle School. While there, she oversaw attendance initiatives and discipline. In 2021, Ms. Lozano joined Rudder Middle School where she currently serves as Assistant Principal.

Ms. Lozano’s mission is embodied through her relationships with students and their families to support students’ overall success and growth to reach their maximum potential.

In her free time, she enjoys sporting events, concerts, traveling, and sightseeing.